I’ve finished the art of the second scene and will now start to implement all the different bits and pieces in code. I’m getting better with Inkscape and I find it interesting how this influences the style of the art. For the first scene, I mostly used public domain art and modified it here and there. This stuff here is all completely self created (although the background is based on a tutorial by Chris Hildenbrand) I might have to completely redo the art of the first scene when I’ve finished all the other ones. Here’s a mockup of the scene, pretty much exactly how it will look in the end. Would love to get some feedback! 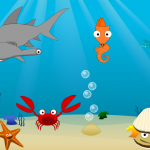 Hope you all are feeling good. I’ve had a busy day, working on finishing the second scene for Cute Animal Life. I hope to get the update online tomorrow. The new scene has an aquatic theme and I really like how the art turned out. Here’s the background graphic: 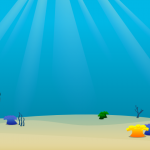 The art has been created with Inkscape. I learned how to do it by the great Chris Hildenbrand. Check out his blog, “2D Game Art for Programmers“!

What do you think?

Going to bed now. Take care of yourself!

News! The emperor Sammy the Black (cat) proclaims:
Go over to the Android Google Play store and download my first app ever, Cute Animal Life for Toddlers!

I’ve changed the name because I preferred the sound of it. I have eliminated the paper overlay, too, because I think the art style looks better without it. What do you think? Should I change it back? Why not have a look at the screenshot from the last post? 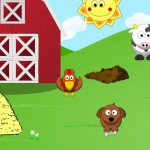 This is a great day for myself because I’m very proud that I’ve actually been able to finish something for publication. I really hope everything works flawlessly and there aren’t too many bugs. If you find any, please let me know and I will try to fix them as soon as possible.
At the moment I have implemented the first scene and I plan to do several more, which will be included in future updates. At least one other scene will be available free, after that the full app will be available against a small fee.

Well, I’m still really excited. Let me know what you think, shoot me an eMail or contact me on Twitter. Can’t wait to hear from you!

Here’s the first screenshot of my game “Cute Animal World for Toddlers” (title is still a draft). Hope you like it!

When clicking on the head of an animal, they begin to shake it and make some noise. I think it’s really cute and funny. I hope the kids will think so, too. 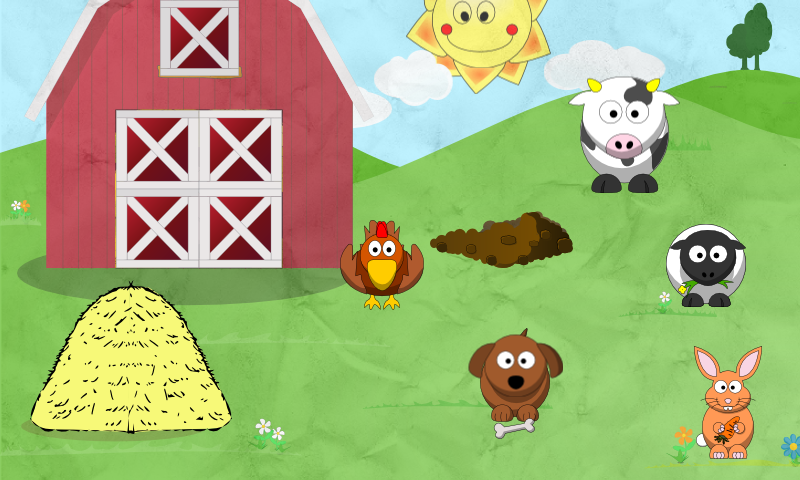 welcome to biondoo.com! Soon you will find information about the games I’ve developed. I plan to do income reports and some programming tutorials, too. This post being my first blog post ever as an app developer, I think it would be best to introduce myself and talk a little about who I am and what I do.

Currently I’m studying business economics at the Ruhr University in Bochum, Germany. I’m living together with my wonderful girlfriend for over six years now and we’re both proud parents of house cats: Sammy, Jack and Betty. Expect to see pictures in the future.

In my free time I like to play games on PC or Xbox 360. I’m also an big fan of roleplaying games like Dungeons & Dragons, Traveller or Gamma World. Programming has been my main pastime  for about 1.5 years now and soon I’ll finally take the final step and publish my first game to the Google Play store. In the last 1.5 years I’ve dabbled in many programming languages: Java, C#, Haxe, and Actionscript among others. Having almost no formal schooling (aside some information science courses back in school), I had to try out many of them simply to find out if they are right for me.

I’ve now finally settled with Actionscript. This takes my right to the question of what I’m using to do my games. The game I’m going to release soon is programmed in the Actionscript language, using the Starling Framework and Adobe AIR to produce something which works on Android phones. Currently I’m in the finishing stages, designing an app logo, and doing some testing on the actual hardware.

Meanwhile, I obviously also have to take care of this website. Expect to see more content soon. If you have any questions or just want to talk, shoot me an eMail or follow me on Twitter.

Get the Cute Animal Life Android app from SlideME.